Mastering the Japanse writing system can be a tedious task. To quickly recognise and comprehend all kanji requires, above all, a lot of repetition. So what if we could make it fun?

Inspired by an insight from the field of gaming, we aim to improve student (or player) engagement with our kanji e-tutoring system by providing challenges at exactly the right challenge level to keep them engaged. The core idea is that if students remain engaged, this will ultimately translates itself into an increase in time spent using the e-tutoring system – and therefore the level of mastery of the kanji writing system.

are the logographic characters borrowed from Chinese used to write Japanese, where each character corresponds to a content word. Kanji can be complex, as they may consist of smaller components (radicals) and can be used in conjunction with other kanji to form new meanings. For example, the combination of the kanji for ‘electricity’ and the kanji for ‘car’ means ‘train’. The number of kanji characters ranges in the thousands, with a little over 2000 being in on the joyo list: the list of kanji designated for daily use. 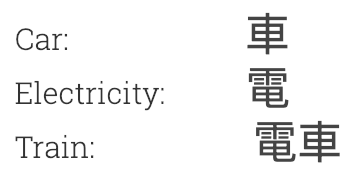 Maybe even more so than in other domains, kanji requires individual practise and repetition to master, more than a classroom approach, which is why are often used to supplement - or even replace - lectures, by providing instructions, asking questions and providing feedback. The aim for such a system is to keep the student as engaged as possible, in order to prevent the student abandoning the system out of frustration, and to facilitate the necessary repetition to master the writing system.

A common way to personalise this learning experience is with a competence model, where we estimate the current skill level of each student with respect to each skill (e.g. per character). However, a major limitation is that this tends to be highly data-intensive, even in small domains.

Our e-tutoring system provides the user with a series of questions where they have to select either the respective kanji or meaning of the kanji. In addition to this, we provide a ‘hint’ option which can guide the student in the right direction, for example by outlining from what radicals or individual kanji a kanji exists, or a mnemonic. These questions are the tasks. 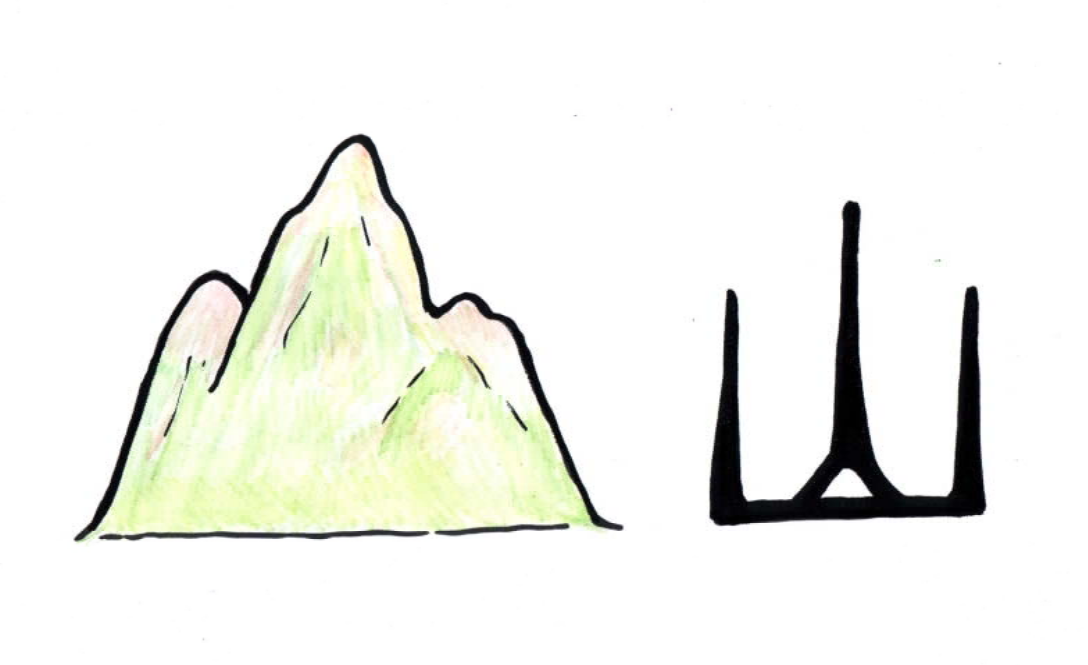 Figure 2.
Hint presented for the kanji for mountain.

Various factors influence the perceived difficulty of a task. We make the assumption that all students will perceive changes to these individual factors similarly; for example, all students will find kanji with a higher stroke count strokes or more radicals more complicated. Similarly, on a task level, all students would agree that a task with more multiple choice options is harder than a task with less options.

In collaboration with Emi Yamamoto, an expert from the Japanese language department of the University of Leiden, we select and rank the influence of parameters that could affect the perceived difficulty of a task. This allowed us to more or less estmate how difficult a task will be for a student relative to other questions. For example, when we present the kanji for trees and provide the option trees, forest, plants and rice field, we expect the question to be more difficult than if we presented car, woman and mountain as alternative options.

The difficulty of a task is recorded in the .

The model that maps implicit user feedback to perceived challenge level is then used in the definitive e-tutoring system. A user answers a chunk of questions, and based on the implicit feedback, we estimate how close this chunk was to the right challenge level. Then, using this information, we jump in the ranking of difficulty vectors to a new difficulty vector and generate the new chunk of questions from that. This continues for the duration of the use of the program.

So, of course, we were curious to find out whether our system is actually preferred by students. We test this by presenting users with our (adaptive) system and a baseline system in random order, for a set number of questions. They then had to indicate which system they preferred, and why.

Initial results already confirmed that using implicit user feedback provides a better mapping to perceived challenge level than solely looking at the correctness of the answers, and further testing indicate that users generally prefer a system based on this method. We can therefore conclude that challenge balancing based on implicit user feedback provides a viable alternative to competence models based challenge balancing.